Hosted by media veteran H Wayne Wilson, this weekly show provides an in-depth, up-to-the-minute exploration of issues that are important to people throughout Central Illinois.

At Issue with H Wayne Wilson airs Thursday evenings at 8:00pm and repeats on Sunday afternoons at 4:30pm on WTVP-HD 47.1. Each episode also encores on WTVP WORLD Channel 47.3 on Fridays at 8:00 p.m. 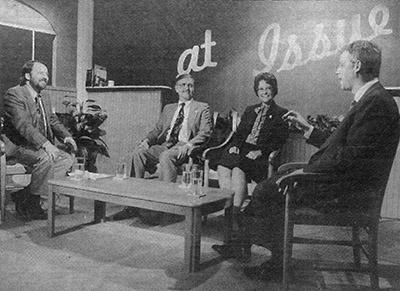 At Issue, is WTVP-Public Media's flagship public affairs series has been in production since 1988. Hosted by media veteran H Wayne Wilson, this weekly show provides an in-depth, up-to-the-minute exploration of issues that are important to people throughout Central Illinois. The series can be seen weekly on WTVP and WTVP World/Create Channel, as well as on commercial station WAOE My59. 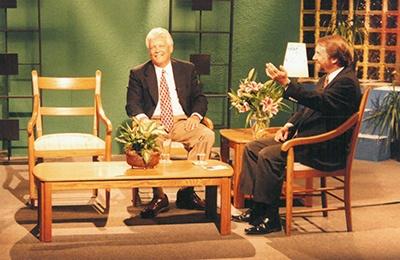 All At Issue programs provide vital information to our viewers and introduce them to public officials, community leaders, issue experts and citizens in the know. Discussions are on topics like education, government, environment, health, transportation, the economy, social issues and more. The program focuses on issues facing Bloomington/Normal, Galesburg, Peoria and all of central Illinois as well as statewide issues.

H Wayne Wilson has produced and hosted At Issue since its inception in 1988. With the exception of a three-year stint in the U. S. Army when he was a Vietnamese translator, he has been involved in news programming since his first newscast in 1966 in college.

H initially worked at WMBD when he arrived in Peoria, then moved to WCBU-FM as news director, then served as assistant news director at WHOI before becoming a freelance journalist in 1988. He has supported the news industry through his involvement with the Illinois News Broadcasters Association where he served as president. He is currently the president of the INBA Foundation, which raises funds for scholarships given to students seeking a career in electronic journalism.

H spends his free time volunteering for many non-profit organizations in Central Illinois, maintaining his house that was built in 1904, and traveling with his wife, Michele.